Try these three delightful peach recipes! They are refreshing, easy to follow, and delicious. Nothing says “Summer!” like sweet, juicy peaches. Let’s try out some different ways to eat them. Scroll to the bottom for the printable recipes.

Peaches are just such a “Summer” thing. Peaches, watermelon, strawberries, cucumbers! You can almost feel the heat of the sun and the spray of the sprinklers. Hear the lawn mowers and airplanes and kids screaming in delight.

I’m posting this just after summer is over this year because I’ve had blog stuff on the back burner for about a month. But it’s never too late to eat some summery food 🙂

When I was little my mom would sometimes get an entire box of peaches during the summer.

I grew up number 8 of 10 kids so there weren’t a lot of seconds- especially for treats and delicious food.

When we bought ice cream it was always the cheapest cardboard box in the store. One of the oldest kids would carefully open it like a present and then cut it into even pieces.

You had to squirrel treats away if you wanted to have some for later. Trying to find the other kids’ stash was one of my favorite things to do.

My brother tried to stash a chunk of cheese in the cupboard one time.

But when my mom bought that box of peaches, there were plenty! It was amazing to be able to sit and eat peach after peach.

These days at my house, I like to get the boxes of peaches when I can too. But that means there’s also an endless supply of peach pits underneath the couch, on top of the cushions, behind the computer, dried and stuck to the carpet, and anywhere else you might not expect them.

But, my kids are busy! Who can worry about taking things to the trash when you have a teddy bear marriage to set up?!

Oh well. Those sticky gems hidden all around the house are a small price to pay.

I love to see my kids eating and really enjoying their food. It makes me feel like a good mom to see them chowing down on something healthy.

I bought a few boxes of peaches this summer and even with all eight of us eating them, we were struggling to finish them before they were too ripe. So, I had to think of some ways to use them all up.

I love smoothies because you can prep them ahead of time and have a healthy snack/meal any time of day. Plus, they’re pretty forgiving. You can throw just about anything into the mix and it turns out delicious, as long as you get some bananas in there.

To make the smoothie, throw two peaches (minus the pits) into a blender.

You can also substitute honey for the sugar.

You can also add 2 tablespoons of flax seed, a handful or spinach, or a tablespoon of chia seeds for extra healthy vibes. They don’t change the flavor at all so go for it!

Grind it all up and enjoy!

Serve with whipped cream and some peach slices if you want it to look pretty too.

This next recipe has a topping that is literally good on every fruit I’ve tried it on. All you need to do is cut up the fruit, toss it with some cinnamon and sugar, throw this topping mix on top, and bake it until it’s golden brown and bubbly.

Cozy and satisfying! You won’t be disappointed with this crumbly, juicy, fruity dessert. The topping is like a delicious “grandma’s oatmeal cookie” and the fruit really shines with the cinnamon and butter.

To make this beautiful Peach Crisp, cut 8-10 peaches in half and discard the pits.

I used small peaches so I needed 8-10. If you have medium to larger peaches you might only need 4-6 peaches.

UPDATE: It would probably be best if you peel the peaches before cutting them. I used small peaches in season and leaving the skins on was just fine. But when I baked it again in the fall, the skin was way too tough. Read the Whipped Peach Pie recipe down below for how to peel peaches easily.

In a bowl, coat the halves in 3 tablespoons of melted butter, 1/4 cup of brown sugar, and 1 teaspoon of cinnamon.

Using a pastry cutter, cut in 1/2 a cup of cold butter.

If you don’t have a pastry cutter you can also use to butter knives in kind of a scissoring motion.

The mix should be pretty dry and crumbly but stick together in clumps when you squeeze it.

Sprinkle the flour mixture evenly over the peaches.

Bake at 375 degrees for 25-30 minutes until the top is golden and you can see the fruit mixture is bubbling around the edges.

Let it cool for about 10 minutes because it is lava hot.

Now eat it straight out of the pan like a cave man because you don’t have any clean plates.

OR you can serve it with vanilla ice cream because you plan ahead.

The choice is yours. Either way you get to eat it.

Scroll to the end of the post for a printable recipe card!

This recipe is my favorite! It’s rich but light and fruity but creamy. And the crust is amazing!

This recipe is great to use if you have peaches that are a little overripe because they’re cooked and spiced so you can’t tell. With the other two recipes you can taste if they’re too ripe.

Just like using bananas you wouldn’t eat straight because they’re too smooshy and brown but are great for banana bread. So as long as they aren’t moldy, make them into a whipped peach pie!

We have to do a little prep for the peaches.

*Make sure to reserve 1 or 2 peaches and some whipped cream to use for toppings.

Get That Skin Off!

When I made this recipe the first time, I left the skin on and it still tasted great but the skin seems to get weird and stringy. Not a great texture for a pie.

To take off the skin you need a pot of boiling water and a bowl of ice water.

Score an X into the end of the peach. This lets the skin shrink back a little as is cooks and it gives you something to hold onto as you peel it off.

Throw the peaches into the boiling water and boil for about 3 minutes or until you see the skin is pulling away from the X.

Put the peaches into the ice water to cool.

Then peel all the skin off.

Make sure you get the little stem too!

If the skin doesn’t come off easily, stick the peach back in the boiling water for another minute and then the ice water.

I know normally you use this method to carefully remove the skin without really cooking the fruit or vegetable itself. That’s why you have the ice water, to stop the cooking but we’re about to cook it anyway so it doesn’t matter if the peach is mushy from boiling. I use the ice water to cool it quickly so it doesn’t burn my fingers while peeling.

Chop up the peaches and discard the pits and skin.

Cook that on medium-high heat for about 10 minutes. You don’t want to cook it too much so that it all breaks down into an applesauce texture. You still want there to be plenty of peach chunks.

Set that to the side to cool while you make your crust.

Add 6 tablespoons of melted butter and mix it all up.

Press the crumbs into a pie pan, making sure to press it up onto the wall of the pan too.

Put that into the freezer for 20 minutes to harden.

Let’s Put it Together!

Pull out your pie crust and add the 1 cup of compote you reserved. Then fill it up with your whipped cream mixture.

Top the pie with some swirls of whipped cream and fresh peach slices. You want these to be perfectly ripe.

To make quick whipped cream swirls without a piping bag, just grab a gallon ziplock bag and lay it flat.

Cut a small slit in one corner- Not cutting the tip off.

Then cut the creases on either side the same amount you cut the slit.

Check out my poke cake video to see how to cut perfect peach slices. Click HERE for the video!

Refrigerate the pie to keep fresh and firm for slicing.

And that’s it for the delicious Whipped Peach Pie! It’s a great treat to bring to potlucks, parties, or family dinners. Especially if you want to “Wow” people!

What’s your favorite peach recipe? Let me know in the comments below 🙂 And don’t forget to sign up for my email list!

Check out some of my other posts:

Print the Recipes for later 🙂

-Add a handful of spinach leaves or a tablespoon of chia seeds to make it even healthier. These and the flax seed do not change the flavor of the shake.

-Switch out the brown sugar for honey or your favorite jam.

-Double to topping amounts for even more cookie goodness! 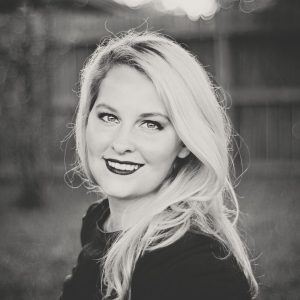 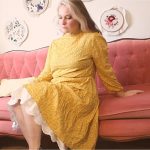 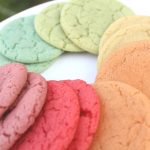 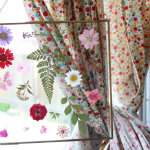 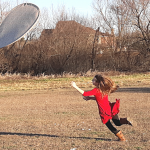 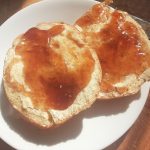